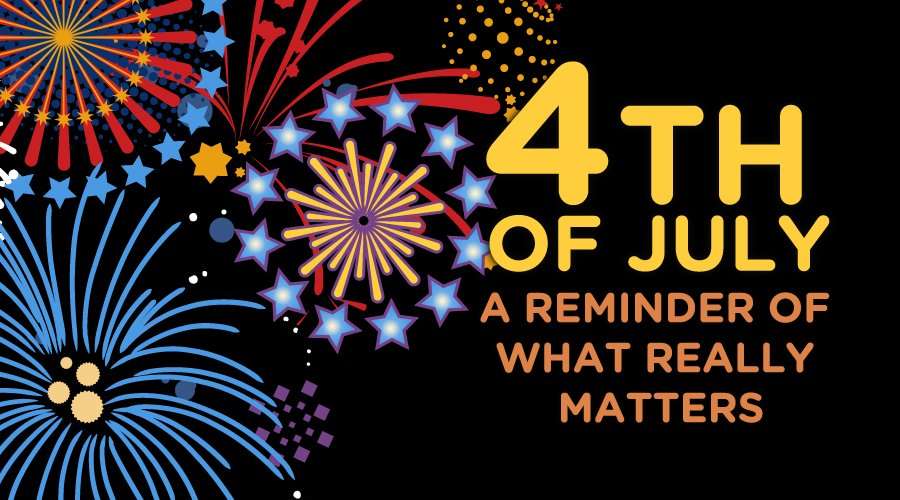 4th Of July: A Reminder of What Really Matters

The 4th of July is the day that America celebrates its independence from British rule. What we often fail to forget is that the 4th of July 1776 was not the day that we beat the British; it was the day that we declared our independence with the signing of the Declaration of Independence. The Treaty of Paris was not signed until 1783, after over six and a half years of war. The Treaty of Paris marked the end of the war and the official beginning of the United States of America. Why then do we celebrate on July 4th?

The 4th of July is the day that really matters. It is the day that we stood up as a nation, as an indivisible people, all under God, with the belief that all men are created equal. On the 4th of July, we became a free people because we declared that we would no longer be subject to the abusive powers of a distant government. After that, we did not fight to gain our independence: it was always ours to have. We fought against those who would bring us back into captivity by force and power.

What we must remember is that July 4th did not signify peace, it started war! The battle was far from over and the outcome was still unknown. This did not stop the people from standing up and taking their God-given rights to be free men. This did not stop people from seeing themselves as subject only to God. The Revolutionary War did not bring us our freedom, it simply preserved it.

Today, many people feel that we the people are once again under attack by an overbearing government who seeks to subjugate us with higher and higher taxes and bigger and stronger regulations. Some people take this information and live in fear; others ignore it, choosing ignorance as their safety net; yet others welcome the government intrusion seeing the government, instead of God, as the giver of life, liberty and the pursuit of happiness.

The problem is that we are no longer indivisible. We have become a nation divided. We could argue left and right about whether we like red or blue more, but this oversimplifies and distracts from a much larger issue. Our nation was founded on the belief that one group of ideas could never rule over the other groups of ideas. Individuality, religious differences, and diverse cultures were all welcomed to our budding nation. This is what made us great. People were free to be whoever they wanted to be. Sure, in 1776 we still had a lot of learning to do about civil liberties, but we were at least open to learning and testing the waters.

Now, over 235 years later, our nation has forgotten what really matters. We have forgotten about the people behind the ideas. Both sides of the aisle fight to control the other. Conservatives seek to mandate morality, while liberals believe that they should control our ethics through regulation. All the while, both parties work together against the people’s wishes to merely live a life in pursuit of happiness.

What we have ended up with is a political war amongst the elite who believe that they know how we should live our lives. One side says morals should rule, the other says ethics and social justice, but what do these words really mean to us as individuals? When we side with one party over the other, what are we really fighting for? Perhaps neither of these questions are the ones that we should be asking. Neither morals or ethics can be legislated when we the people see both as political tools instead of the duty of mankind to behave and act fairly. The Right cannot ask us to be moral when morality has failed to be taught, just us the Left cannot ask us to be ethical at the same time that only cheaters are allowed to win.

As Americans, we were born with our Freedom, but we have turned our backs on the responsibility that this burdens us with. The responsibility of a free man is not just to himself; it is much deeper than that. We gained our freedom over two hundred years ago because we believed that our differences made us unique. We were indivisible, not because we were all the same, but because we respected that fact that what was right for us did not have to be right for everyone else.

This is not to say that there is no truth or that morality should be seen as relative. These are modern ideas. The difference is that we once believed that respecting our fellow Americans’ rights was more powerful than trying to divide and conquer those who we disagreed with. Arguments and debates were seen as ways to pursue the truth rather than subjugate it. Our children were brought up to see the value in all life, and though we often fell short, most of us tried to see everyone as equal. We were taught that freedom was not free. This did not mean that we had to be ready to bear arms; it meant that we had to be prepared to swallow our pride and accept that there would be those around us who had different ideas and beliefs. We could choose our friends, colleagues, and places of worship, but the people of the Revolutionary War understood that a strong future meant that no one’s rights would be legislated against.

If we want to maintain our freedom for another 200 years, we must learn to take responsibility for our freedom. We must once again declare our independence, an independence from fear, indifference, hatred, and entitlement. Our leaders want us to think that they fight for our beliefs, but that is a dangerous way to choose a leader and the main reason why our nation is in a standstill. We must find leaders, or stand up ourselves, with a willingness to fight for everyone, not just a select few interest groups, protesters, beggars, or belief systems. No one is unworthy of freedom. That is the American dream.